Built by Prince Eugene in the 1600’s the Belvedere Palace is among Vienna’s most lavish attractions. It’s split into two majestic palaces and is surrounded by a picturesque garden. We suggest focusing on the Upper Palace where you will find an impressive art museum. While the Lower Palace is a beautiful building to educate yourself about the Princes Story.

Walking into the Prater is like visiting a new side of Vienna. Here you can stroll through the park, go wild in the amusement park or enjoy the view over the city from the „Riesenrad“, a ferris wheel. Here you can take a break from the city very close to the city centre.

The impressive Gothic-style cathedral is the geographic centre that modern Vienna orbits around. Don’t miss on taking a tour inside the beautiful church. Climb the 466 foot tall South Tower to see a breathtaking view of Vienna’s old town. Don’t leave before visiting the catacombs where you can see the guts from the Habsburg rulers and many religious leaders.

In a city famous for classical music the Vienna State Opera House is one of the highlights of a long list of sights. Watch a show, take part in one the many elegant balls or simply enjoy the impressive interior of this 1200 seat theater.

With all the palaces Vienna has to offer, the Hofburg might be the most impressive on. Not only has it been the official seat of every Austrian ruler since 1275, it is also where the National History Museum, the Hofburg Treasury, the Sisi Museum and the Austrian National Library is located.

Most Viennese agree: Tichy is the best place to go if you’re craving good ice cream. And since you’re already there, try an „Eismarillenknödel“. An iced apricot dumpling invented by the founder of the Tichy Ice Parlor. You won’t be disappointed.

The Messe Wien is the biggest convention centre Austria’s. Some of the four exhibition halls can take up to 25.000 guests.

Up to 25.000 people fit in some of the exhibition halls of the Messe Wien. Austria’s most biggest convention center is located in the 2nd district and easily to reach by subway or by car. 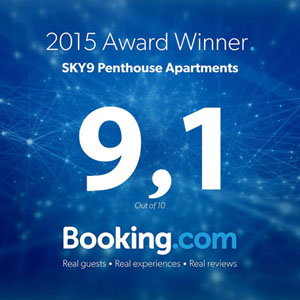